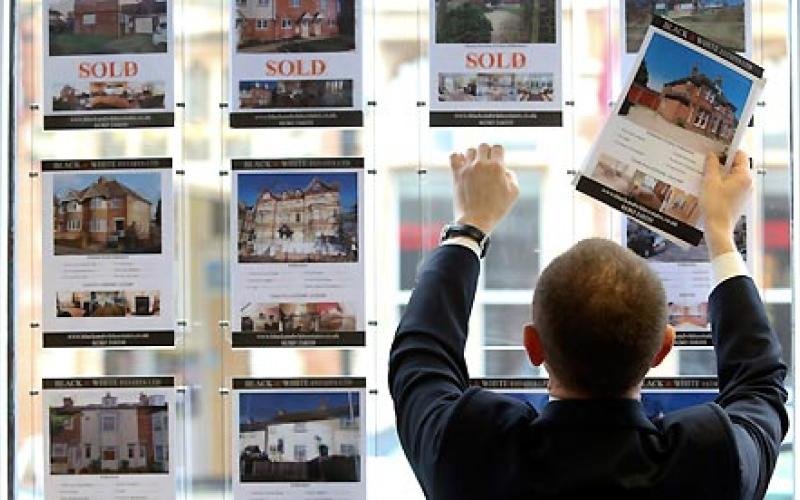 The average house price in Wales reached a new high of £174,319 during the first quarter of 2017 but the annual rate of growth is the lowest seen since September 2013, the latest index shows.

Quarter on quarter prices increased by 0.7% which reflects a slowing of the growth in house prices over the winter months from January to March 2017, according to the Principality Building Society house price index.

Five areas have seen average prices fall over the last 12 months, but the index report points out that the figures for the first quarter of this year were always going to be lower due to a rush in the same quarter last year from buyers eager to complete before the introduction of an extra 3% in stamp duty on additional homes.

Consequently, prices were higher than would otherwise have been expected in the first three months of 2016 which has led to a smaller than expected percentage increase in prices one year on.

It says, for example, that the reported fall in prices for Cardiff of 2.9% is more a reflection of the exceptional increase in prices that took place last year when prices in the city increased by 6.5% in the first three months of the year.

In four of the five areas where prices have fallen year on year prices are rising at rates between 1% and 1.7% and the index report says that these figures give a better indication of the underlying trends in house price growth.

With the exception of semi-detached houses which have seen a small increase, all property types recorded a fall in sales, with sales of detached and terraced properties falling by 10% year on year while sales of flats were down 18.5%.

Again, the report indicates this is due to the exceptional circumstances a year ago, particular where flats are concerned as in the first quarter of 2016 there was spike in demand from buy to let landlords for flats.

‘While the average house price in Wales has steadily climbed to reach a new high, there are signs that the market is cooling slightly,’ said Tom Denman, interim finance director at the Principality Building Society.

‘While higher employment, consumer confidence and low interest rates have helped to keep the market demand steady, a rise in the cost of living could result in house prices growing at a more modest rate during the rest of the year,’ he added.